This is the celebration of the twin cylinder Ducati Superbike legacy. We combined the most advanced aluminium monocoque chassis with our most powerful Superquadro engine to create the Panigale 1299 R Final Edition. For passionate riders ready to own the strongest part of Ducati's V-twin history, complete with celebratory livery and numbered billet top yoke.

Progressively numbered, but not limited in quantity, the 1299 Panigale R Final Edition is a fully street legal, Euro 4 homologated motorcycle that is a perfect mix of a super-powerful engine and a racing-honed chassis

The 1299 Panigale R Final Edition represents Ducati's tribute to the twin cylinder, an engine configuration that has written some of the most memorable pages in Superbike racing. From the first win in World Superbikes with Marco Lucchinelli, onboard the 851 on the 3rd of April, 1988, to 2017 with victories by Chaz Davies and Marco Melandri, twin cylinder engines from Borgo Panigale have been at the forefront of racing. Desmoquattro, Testastretta, Superquadro. Over the last three decades, Ducati four valve per cylinder twins have evolved and have featured on some of the most iconic motorcycles in racing, winning over 330 races in the World Superbike championship. From the 851 to the Panigale R, the heritage of Ducati twins passes through the 888, 916, 996, 998, 999, 1098, 1198 and the 1199, both on the market and on the race track. 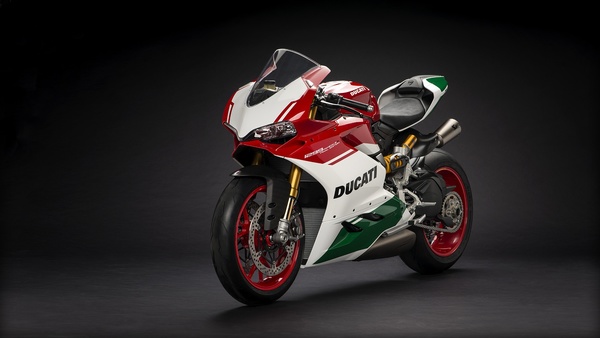